Much has been written about Boko Haram, Nigeria’s ruthless Islamic insurgency, since more than 200 schoolgirls were kidnapped last month. But there remains a considerable amount of confusion over how Boko Haram came to be, and more importantly, what to do about it.

In a piece for The National Interest published last week, I attempt to make a novel contribution in two ways. First, I briefly explore the historical context that gave rise to Boko Haram—beyond the boilerplate scapegoat of “colonialism.” The story I offer is principally one of government corruption (accentuated by the discovery of oil in 1956), which lies at the heart of the widespread discontent in northern Nigeria:

A booming oil sector precipitated the need for a centralized federal bureaucracy. Government corruption exploded as a result. As politicians jockeyed to capture the newfound wealth, they became increasingly unaccountable to their citizens. The agricultural sector—previously the lifeblood of the economy in the Muslim north—deteriorated, and a painful period of IMF structural adjustment in the 1980s only widened the gulf between the “haves” and the “have nots.”

Out of this discontent arose a flurry of Islamic extremist groups in northern Nigeria—of which Boko Haram is only the latest, though arguably the most violent, iteration:

In 1978, a reformist preacher named Abubakar Gumi inspired the creation of the “Izala” movement, which offered refuge in a rejectionist view of Islam. A radical Shiite campaign emerged after the Iranian Revolution in 1979. The most violent were the Yan Tatsine, whose rousing leader, Mohammed Marwa, inspired thousands to rise up against the existing political and religious order. The same grievances—economic deprivation, corruption, and an ineffectual federal state—carried over to 2002, when Mohammed Yusuf founded what would become Boko Haram.

From here, I offer a framework for thinking about how to solve the riddle of Islamic extremism in Nigeria, arguing that the use of force may be politically expedient, but unsustainable. If the goal is to end the continuum of violent extremism in northern Nigeria, one must employ a broader analytical frame:

Instead, as American President Dwight D. Eisenhower once said: “If a problem cannot be solved, enlarge it.” The first step toward eradicating Boko Haram is to recognize that violent extremism is larger than just a security problem. It is better understood as a product of decades of corruption, economic malaise, and failed governance. The only way to ensure long-term stability in northern Nigeria is to address these shortcomings.

In short, the key to ending violent extremism in Nigeria is to think big and long-term. This requires President Goodluck Jonathan’s government to swallow a dose of humility as it learns to ask the international community for help, for example, in training Nigerian forces capable of counterinsurgency. It also means getting the bottom of questions such as: why has $20 billion in oil revenues gone missing? 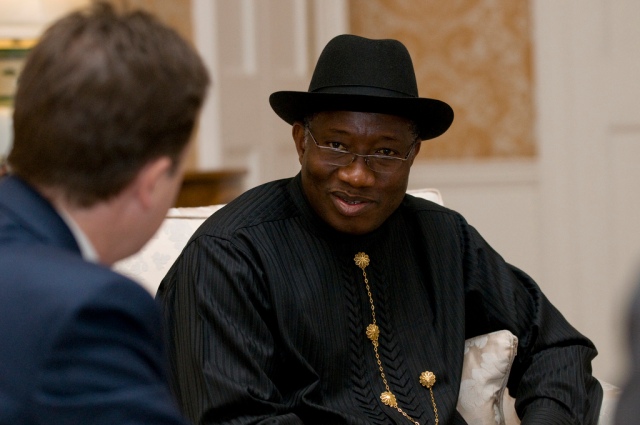 Undoubtedly, there are problems with this approach. Expanding the scope of the problem—from a purely a security issue to one of corruption, economics, and the frustratingly vague issue of “governance”—risks raising the bar so far out of sight as to become unattainable. A coterie of Nigerian elites, whose power and influence often relies on bribery and patronage, are certain to resist anti-corruption measures. I don’t yet have good answers for how to overcome this conundrum, but it is worthy for further research.

My op-ed also did not fully address another important component: fractures within northern Nigeria, including ethnic, religious, and ideological divides. Here a more detailed understanding of local dynamics in northern Nigeria—mainstream Sufi Islam vs. rejectionist movements, perceptions of the Kanuri people, and local authority figures—is warranted. For those who are interested, the International Crisis Group’s 2010 report on northern Nigeria is a good start.

You can read the full piece for The National Interest here: http://nationalinterest.org/feature/nigerias-boko-haram-horror-show-how-move-forward-10510.

If you have any comments or suggestions, please send them along!