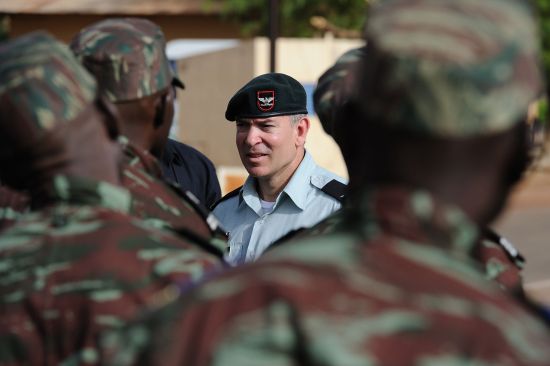 In April I wrote a lengthy post on the logic of U.S. foreign military assistance that you can read here. Last week the New York Times ran another instructive piece on the issue, focusing on a key component: the 16-year-old “Leahy Amendment,” which bars the United States from training foreign soldiers suspected of committing prior human rights abuses. (You can read the piece here.)

While an important corrective against training soldiers willy-nilly, the 1997 amendment has come under fire by U.S. defense officials in recent months. Changes instituted in 2011—including a provision that requires the United States to halt assistance to an entire unit if even just one member is deemed a human rights violator—have constrained DoD’s ability to train and equip forces to both fight terrorists and drug traffickers and restructure their commands. The revised Leahy Law, defense officials say, complicates and slows military-military training. In some cases, entire units are dropped. Quoted by the Times, deputy AFRICOM commander Adm. Charles Leidig makes note of the problem:

“We’re always going to comply with Leahy vetting, but the conundrum it presents us is that the nations whose militaries have had human rights violations perhaps are the ones that need U.S. engagement the most.”

Leidig’s point, a powerful one, turns the primary motivation for the Leahy provision—preserving human rights—on its head. Consider the catch-22: a military unit riddled with human rights violations is barred from International Military Education and Training (IMET) assistance, much of which is aimed at instilling discipline and respect for human rights within the ranks. This is not unlike being turned away from a drug rehabilitation center…because of prior drug use.

The result is, as the Times piece points out, entire battalions entering battle without proper equipment, training, and instruction on human rights. While the Leahy Amendment was, and remains, well-intentioned, it is easy to understand why DoD has called it out for going too far.