Obscurity: Quebec-quoi? A very brief historical outline of Canada’s nation within a state 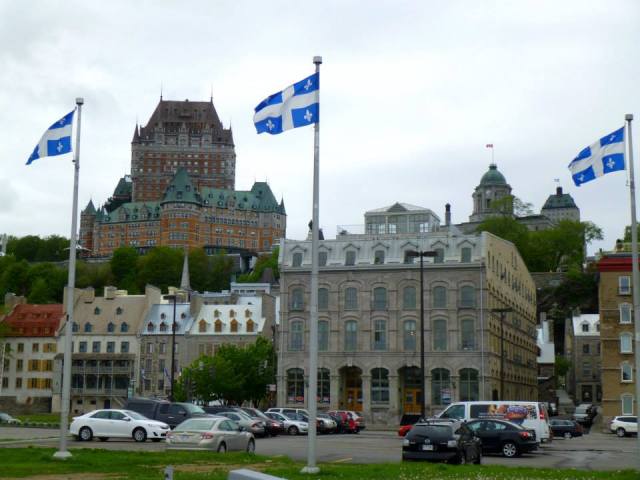 By most accounts, Canada- like its fellow English-speaking neighbor, the United States- appears to be a country with a unified culture.  This, however, overlooks one of the country’s most important territories: Quebec, home to global metropolitan hubs like Montreal.

For those Americans in the Northeast, Quebec is an easy-to-access and must-see destination.  For one, cities like Quebec City (the capital of Quebec) are designed in an old-fashioned European layout, unlike the rest of North America.  This partially reflects the land’s rich history as a French colony, a British colony, a major trading center (the St. Lawrence River flows through the province’s heartland, and both Montreal and Quebec City lie on its banks), and a site of key military and diplomatic events in world affairs.  For Americans, visiting Quebec may also have personal significance, as many families migrated south from Quebec in the 19th and 20th centuries.

In my view, though, the two characteristics of Quebec that stand out are language and politics.  In Quebec, these are intertwined and represent a commitment to national pride and preserving culture.

The commitment to French language in Quebec today is a byproduct of the global wave of Baby Boomer-fueled social upheavals that engulfed developed countries in the 1960s.  In Quebec, the more peaceful (non-military) nature of protesting the status quo gave the pro-French speaking movement the name “the Quiet Revolution.”  Grievances about the official language also reflected a broader social issue in Quebec: the francophone majority in Quebec was economically marginalized by the broader Anglophone Canadian majority across the country (and especially the minority that lived in Quebec).  Given alleged abuses, as well as a perceived loss of French Canadian culture due to increased Anglophone presence in society, a significant number of Quebecers openly advocated independence from Canada.  Out of the outrage came two important groups who sought two different approaches to resolving the issue: the Parti Quebecois (PQ) and the Front de Libération du Québec (FLQ).

Of these two, the FLQ was by far the most radical.  Its actions symbolized the most extreme elements of the separatist movement.  A Marxist terrorist group, it stands out for the violence it imposed on Canadian society in contrast to the norms of the otherwise non-violent norms of the “Quiet Revolution.”  At the height of Quebec-Ottawa tensions in the late 1960s/early 1970s, the FLQ was famously active, with over 200 bombings from 1963-1970.  In 1970, they manufactured the “October Crisis,” which began by kidnapping the British trade commissioner (note: technically, Canada’s head of state is the Queen of England) and escalated when Pierre Laporte, the Quebec Minister of Labor, was also captured and later killed.  This caused the Canadian government (led by Quebecer Prime Minister Pierre Trudeau) to invoke the War Measures Act in response, the first time habeas corpus-type civil liberties were suspended in Canadian peacetime history.

The PQ was and is much more mainstream.  An official political party, it first won power over the Quebec government in the mid-1970s under founder Rene Levesque.  Its two significant strategic actions revolved around preserving political and cultural independence/autonomy.  In 1977, the Quebec government enacted the Charter of the French Language, which made French the official language of Quebec and established fundamental language rights in politics, business, and education.  In 1980, Quebec had its first independence referendum; this and succeeding votes in 1995 failed (though by as little as 1% in 1995).  In 1999, the Canadian Parliament passed the Clarity Act outlining the processes for negotiating succession from Canada following a referendum.  Today, the PQ remains in the news, winning a small plurality in the last Quebec general elections.  Unlike in past decades, the party faces different challenges, including lower support for independence.